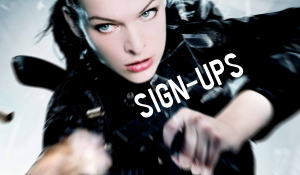 For this round, hbic stands for Head BRedhead In Charge

Same rules as our other rounds, but this time make sure you claim a redhead! Forgive the crappy tie in to HBIC, lol :) If anyone has a better non-offensive term for a redhead that starts with a "B" let me know :)

FYI: You can claim any character that has had a period of redhead-ed-ness. For example, Paige from Charmed was a redhead for a season or two, and a few of of Sydney's alias' in Alias were redhead. Both of these would be acceptable, as of course would be any natural redhead :) Just be sure each icon (unless the theme states otherwise) shows your claim with their red hair :)

|| Read the rules before signing up.
|| A character can only be claimed once and she can't be claimed again until the next round.
|| Please only sign up if you plan to follow through.
|| You may not claim the same character as you did last round, but all other rounds are game.
|| Sign-Ups will remain open until we've reached 25 participants, or until closed by a mod.
|| Round 51 will begin on October 4th 2015. (Earlier to try and catch us up since I was so late with round 50 ending.
( Collapse )